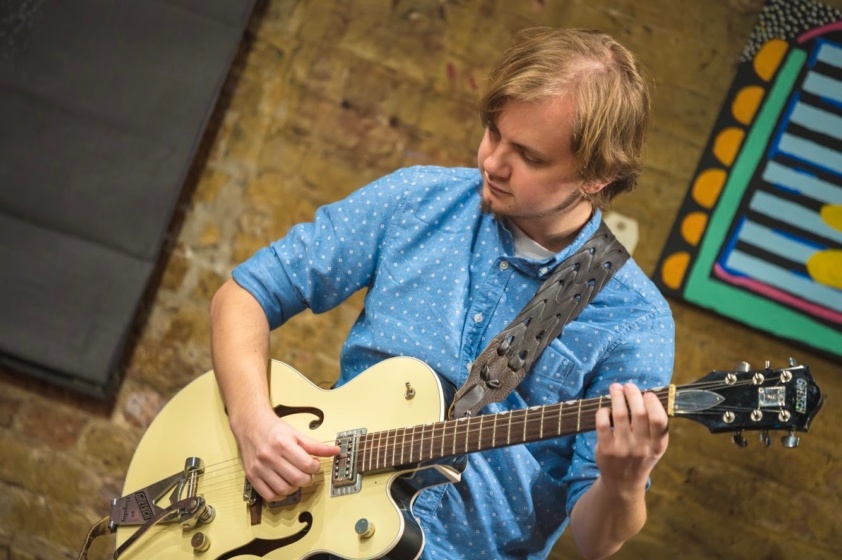 Alvin is a guitarist, composer, and teacher living and working in the Chicagoland area. He grew up in the North Suburbs of Chicago, first picking up a guitar in eighth grade when he was inspired to learn by the music of legendary British rock band Queen. Alvin spent the next three years immersed in the musical world of blues and rock, studying and learning the music of Led Zeppelin, Queen, B.B. King, Buddy Guy, and Stevie Ray Vaughan.. He got his start in jazz in his high school’s big band, studying with legendary Chicago guitarist and pedagogue Frank Portolese, and gigging at restaurants in the north suburbs. Alvin is currently a sophomore at DePaul University, pursuing a degree in Jazz Studies. He has studied under the expert mentorship of Bob Palmieri, Bob Lark, and Julian Lage. Alvin prides himself on encouraging students to learn music they are passionate about, tailoring his lessons to the individual student’s needs and inclinations. His teaching philosophy is one of collaboration – learning is a joint effort, and Alvin strives to learn as much from his students as they learn from him!