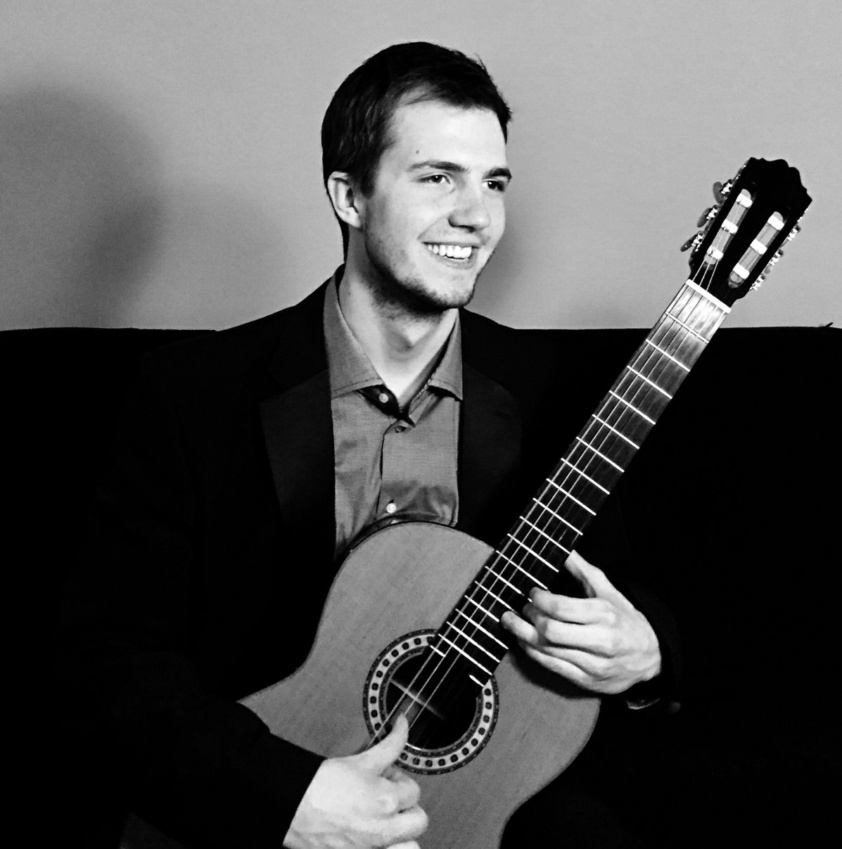 Ben is a Guitarist, Pianist, Composer, and Arranger from Chicago. Ben has received his Bachelor’s degree in Classical Guitar Performance from DePaul University, and is currently in pursuit of his master’s degree at Northwestern. He has studied under Chicago’s leading pedagogues and performers such as Mark Maxwell, Steve Vazquez, Anne Waller, Peter Aglinskas, Denis Azabagic, and Oscar Ghiglia; he has a wealth of influence, technical ability, and musicality to draw from. Having started playing guitar at the age of 15, Ben has put in tireless effort ever since picking up his instrument of choice. Some of his first musical influences were Jimi Hendrix, Stevie Ray Vaughn, and David Gilmour. A fan of rock, blues, jazz, and everything in between, his musicality encompasses all genre’s of teaching and performing. While Classical is his strong suit, any genre or style is under his repertoire. Currently playing in a Violin/Guitar Duet with House Call Music Employee Diana Ortiz, their duet, “Duo Del Mar” focuses on Romantic Era Spanish pieces from composers like Manuel De Falla, and Astor Piazzolla. Ben is an experienced teacher, having taught music to children since he was 16 years old. He himself starting late in life understands the hard work and dedication it takes to succeed at any task, and encourages students of all ages and levels to join him in his journey through the gift of sound.