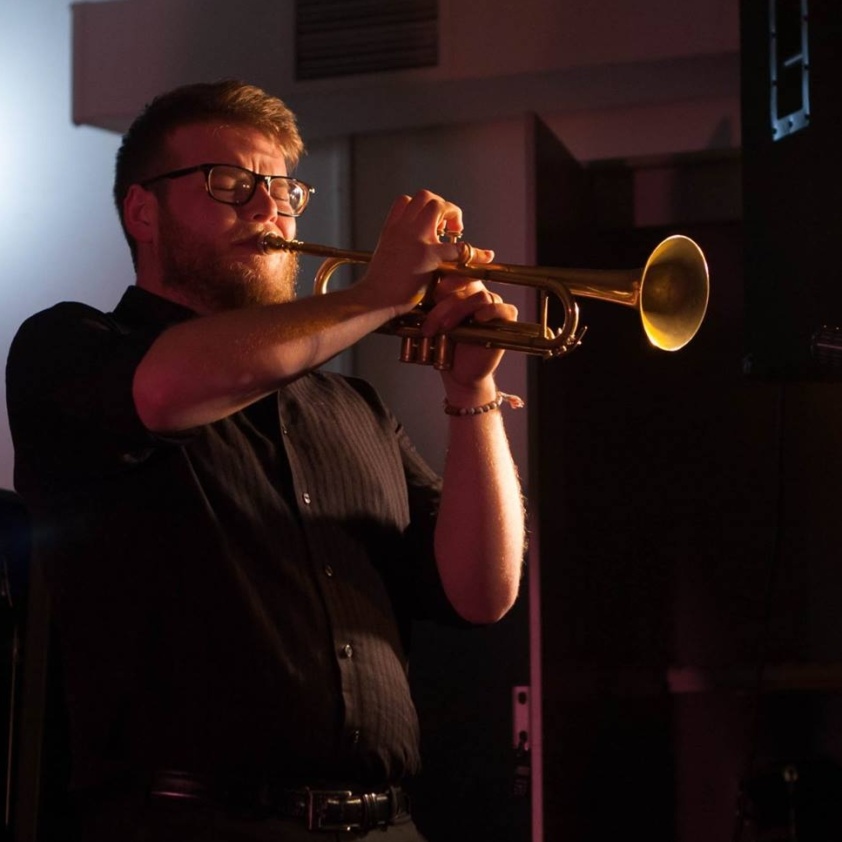 Connor Bernhard is an in demand trumpeter in Chicago, Illinois where he plays every genre, from esoteric creative music, to simple and tight groove-based hits. He started playing at the age of 10 and was mainly self-taught until college when he studied trumpet with Art Davis and learned the roots and rhythm of blues and swing music from reknown jazz educator, Ronald Carter at Northern Illinois University. Later, he would study with Victor Garcia at Roosevelt University’s Chicago College of Performing Arts where he received his Bachelor’s in Music Performance in 2017. While finishing his degree, Connor auditioned numerous times to be selected as one of the 5 recipients of 2017 Luminarts Jazz Fellowship. He plays/has performed with groups such as Mike Zabrin’s Funktastic, Infrared, Hush Train, The New Lionel Hampton Band Feat. Jason Marsalis, The Chicago Jazz Orchestra, Eryn Allen Kane, Sir the Baptist, Anthony Pavel, Zoofunkyou, The Right Now, Cameron Phifner’s Marco Polo, Neil Carson’s New Nostalgia, and many others in addition to his own ensemble.