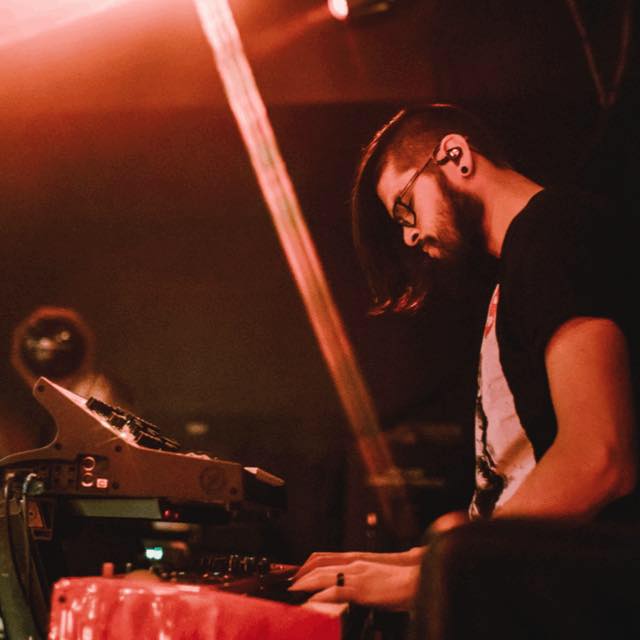 Jonah Wei-Haas was born in St. Louis, Missouri, but spent most of his formative years growing up in Tulsa, Oklahoma. At an early age Jonah would sing melodies that he heard which eventually led to singing and performing with choirs and numerous operas productions around the Tulsa area. Jonah began playing the piano at 8 years old, learning mostly from a classical discipline, while building a strong foundation of technique. Throughout middle and high school, he performed regularly leading up to both junior and senior solo piano recitals. During high school, he also became extremely interested in different styles of music in particular jazz, funk and rock. This led to his interest in learning to play other instruments as well. Over the course of high school Jonah taught himself how to play drums, guitar, and bass and in addition performed eagerly with bands all around Oklahoma, many of which received local awards and reviews. At around the same point in his life, Jonah joined the school jazz band, which introduced him to improvised music and the music of jazz as a language. Jonah immediately began a close relationship with improvisation which led to him performing regularly with various jazz combos including his own trio/quartet. During high school Jonah received various awards including both OMEA and OMTA All-State and All-City pianist. In order to continue to grow and expand musically, Jonah auditioned to attend Berklee College of Music and was accepted on scholarship. In 2012 he graduated with honors and a dual degree Jazz Piano Performance and Electronic Production & Design (Music Synthesis). While at Berklee, Jonah had the honor and privilege to study with many great players and performers including: Joanne Brackeen, Ray Santisi, Leo Blanco, Eldar Djangirov, Dave Limina, Jamey Haddad, Neil Olmstead, Laszlo Gardony, Mark Whitfield, Tiger Okoshi, and others. While at Berklee, Jonah joined the viral electronic rock band, PINN PANELLE. After 5 years of playing and writing, Jonah left the band for artistic reasons and has been pursuing a solo career. Currently living in Chicago, IL, Jonah plays with several groups, teaches private lessons in piano and production, and does studio session work. Jonah Wei-Haas is endorsed by Moog, Ableton Live, Source Audio, and Lewitt Microphones.