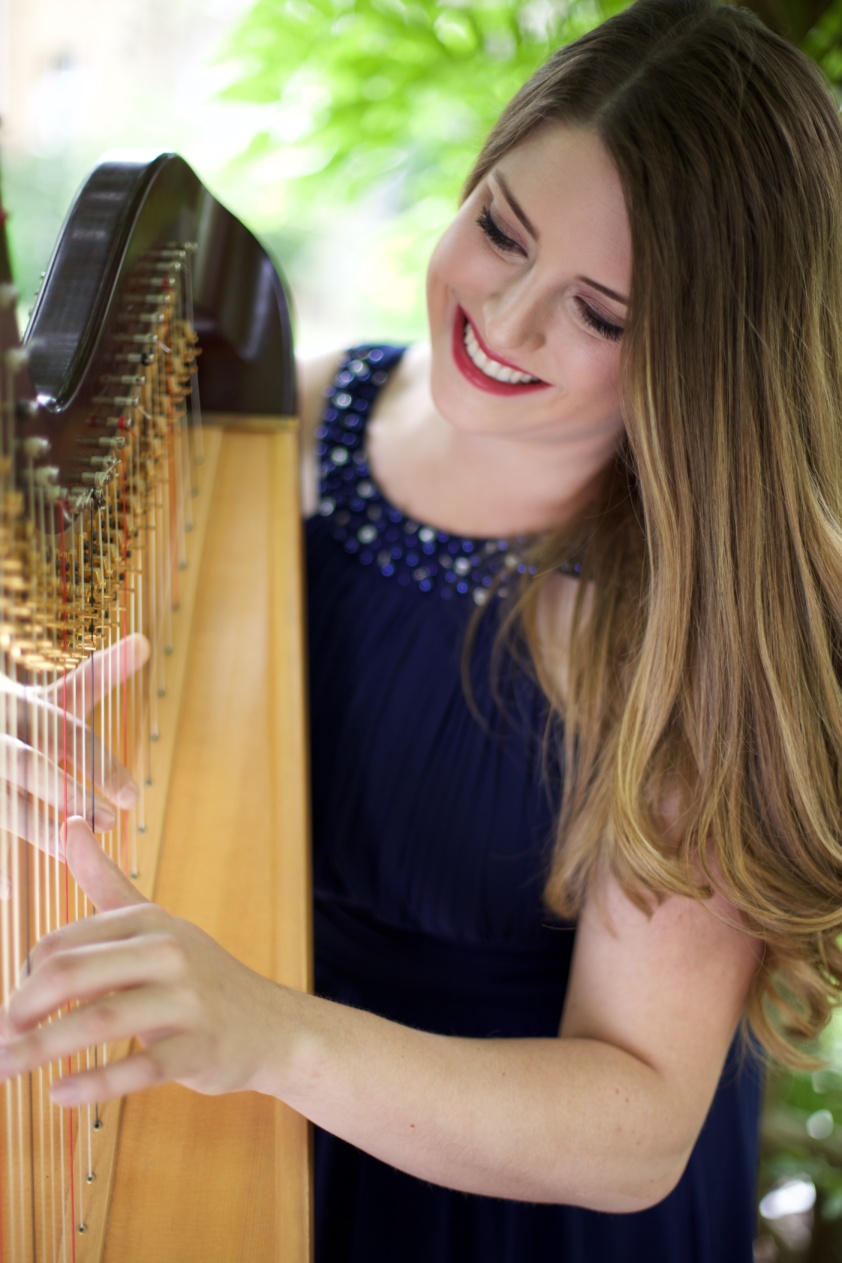 Lauren Hayes is a pianist, harpist and bassoonist who has performed, studied and successfully
competed from Paris to Los Angeles. As an up and coming young artist, she has distinguished herself in the areas of contemporary music, chamber music, ensemble performance, and harp instruction. Most
recently, Lauren was selected through national search to be a Harp Fellow at the Tanglewood Music Center for the summer of 2018 and worked with conductors including Andres Nelsons, Thomas Ades, and
Stefan Asbury. Lauren received her Master of Arts in Harp with Distinction from the Royal Academy of Music (RAM) in 2016, under the tutelage of Karen Vaughan and Skaila Kanga. While at RAM, she also pursued an emphasis in Music Business as well as studying for the LRAM teaching certificate. After finishing her Masters, she accepted a position as a Teaching Artist with the Urban Youth Harp Ensemble in Atlanta, GA where she worked with more than 80 harp students. In 2017, she began her studies at the Chicago College of Performing Arts at Roosevelt University pursuing a Professional Diploma degree in orchestral studies in harp with professor Lynn Williams. In Chicago, Ms. Hayes is an extra musician with the Lyric Opera of Chicago, performing in their productions of Siegfried and Die Walkure in 2017 & 2018. Additionally, Lauren is serves as a Teacher for the Chicago Harp Ensemble, a piano and harp instructor at the American Music Institute and served as a teacher in the Harp Column Academy’s 2017 Summer Camp. Following her 2012 Carnegie Hall solo debut, Ms. Hayes was awarded third prize in the 2013 American Harp Society National Competition. In 2015 she was named as a finalist in the London Philharmonic’s “Foyle Future Firsts” Fellowship Program for up and coming orchestral musicians. Prior to commencing her studies at RAM, she was selected to participate in the festival MusicAlp in Tignes, France for two summers. As a 2012 winner of the University of Arizona President’s Competition, Ms. Hayes appeared as soloist with the Arizona Symphony. Also in 2012, Ms. Hayes was selected to be a participant at the International Harp Master’s Academy in Bern, Switzerland. During 2011, she was selected as a finalist in the Coeur d’Alene Symphony Young Artists Competition.